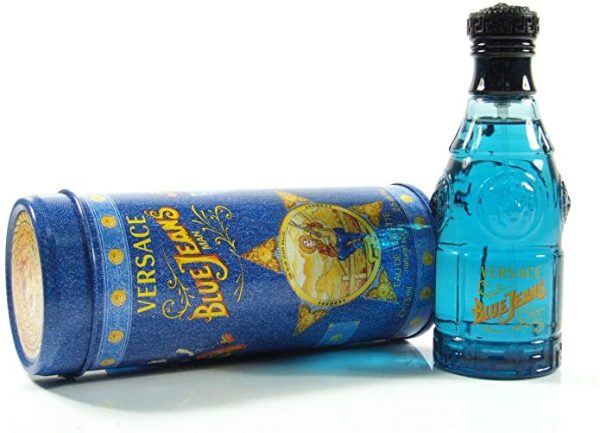 VERSACE BLEU JEANS EDT F/M 75ML
Blue Jeans Cologne by Versace, Modern and youthful, Versace Blue Jeans is an enticing men’s fragrance that you will return to again and again.
It features the lilting citrus notes common to Versace’s “Jeans” fragrances, bookended by surprising florals that create a fragrance that’s playful yet distinctly masculine.
This fragrance opens with a flourish of stimulating juniper, basil, anise and zesty citrus top notes.
It dries down into an alluring heart dominated by sensual jasmine, cool sage and lily of the valley, which lends a cool, refreshing note that’s sweet but not excessive.

Base notes of Tonka bean, classic vanilla and amber collude to round out this hypnotic scent.

Blue was released Jeans in 1994, in collaboration with perfumer Jean-Pierre Bethouart.

It’s an early fragrance produced by the Italian luxury label, which has since developed a robust fragrance catalogue.

This scent comes in a blue-tinted bottle featuring the Greco-Roman architectural features signature to the brand.