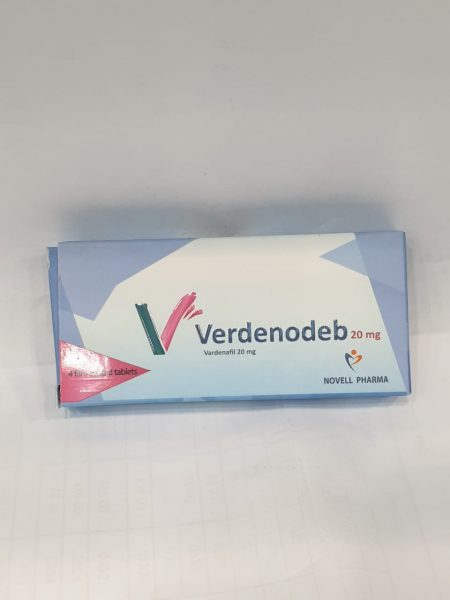 Verdinodib is used to treat venous leakage and impotence, as it helps in the erection of the penis and reduces the effect of chemicals in the body that cause this problem.

Follow all directions given to you by your pharmacist or doctor carefully. They may differ from the information contained in this leaflet

Ask your pharmacist or doctor for help if you do not understand the instructions on the box.

efore taking this drug, you should pay attention to some warnings and contraindications, the most important of which are the following:

Do not use the drug in case of severe allergic reaction to the components of the drug. It should also be discontinued if the patient develops symptoms that indicate an allergic reaction, such as skin itching, rash, redness of the skin or swelling of the face, difficulty breathing, and swallowing.
It should not be used by people over 75 years of age, especially those treated with ketoconazole or itraconazole.
It is not used in conjunction with medicines that contain nitrates, such as glycerol trinitrate, which is used to treat angina pectoris, because it causes negative effects on the heart and blood pressure.
Not to be used in conjunction with HIV/AIDS medicines.

Ask your pharmacist or doctor for help if you do not understand the instructions on the box .

Keep the medicine out of the reach of children.
Store at a temperature not exceeding 25°C.
Store away from heat, moisture and sunlight.