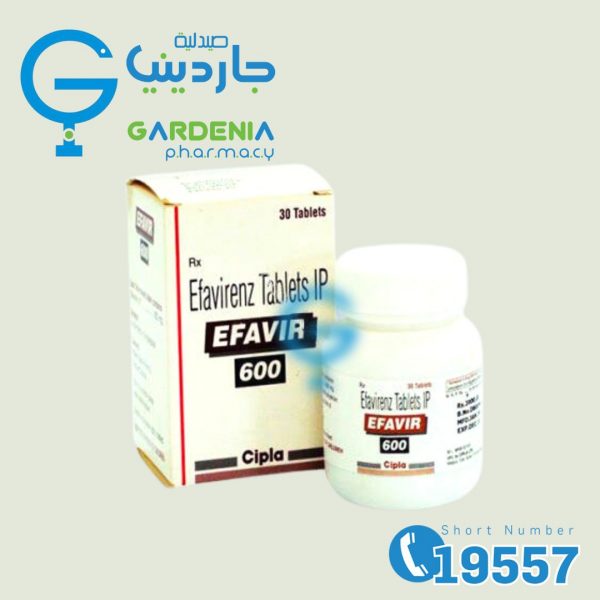 Efavirenz has not been adequately studied in patients with advanced HIV disease, in patients with CD4 counts < 50 cells/mm3, or after the failure of protease inhibitor (PI) containing regimens. Although cross-resistance of efavirenz with PIs has not been documented, there is currently insufficient data on the efficacy of subsequent use of PI-based combination therapy after failure of regimens containing efavirenz.

Hypersensitivity to the active substance or to any of the excipients

Co-administration with terfenadine, astemizole, cisapride, midazolam, triazolam, pimozide, bepridil, or ergot alkaloids (for example, ergotamine, dihydroergotamine, ergonovine, and methylergonovine) because competition for CYP3A4 by efavirenz could result in inhibition of metabolism and create the potential for serious and/or life-threatening adverse reactions [for example, cardiac arrhythmias, prolonged sedation or respiratory depression] (see section 4.5).

Co-administration with elbasvir (EBR) and grazoprevir (GZR) due to the potential for significant decreases in plasma concentrations of EBR and GZR (see section 4.5).

– a family history of sudden death or of congenital prolongation of the QTc interval on electrocardiograms, or with any other clinical condition known to prolong the QTc interval.

Patients taking drugs that are known to prolong the QTc interval (proarrythmic).

– antiarrhythmics of classes IA and III,

– certain antibiotics including some agents of the following classes: macrolides, fluoroquinolones, imidazole and triazole antifungal agents,