Also known as Aspirin, acetylsalicylic acid (ASA) is a commonly used drug for the treatment of pain and fever due to various causes. Acetylsalicylic acid has both anti-inflammatory and antipyretic effects. This drug also inhibits platelet aggregation and is used in the prevention of blood clots stroke, and myocardial infarction (MI).

What is Acetylsalicylic acid ?

Side effects of Aspocid Infants

Is aspocid safe for children?

Doctors do not usually recommend aspirin for people under 18.

This is because it can increase the risk of a serious condition called Reye’s syndrome, which can appear after a viral infection such as a cold, the flu, or chickenpox. Reye’s syndrome can lead to permanent brain injury or death.

However, a clinician may prescribe aspirin to a child under supervision if they have Kawasaki disease or to prevent blood clots from forming after heart surgery.

For children, doctors usually recommend paracetamol or ibuprofen, in appropriate doses, instead of aspirin.

People with the following conditions should be cautious about taking aspirin, and should only do so if a doctor recommends it: 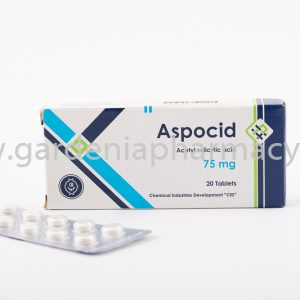