Contents hide
1. Delta Variant
1.1. The Centers for Disease Control and Prevention (CDC)
1.2. But the CDC released data in July that showed vaccinated people also can transmit delta variant ,
1.3. 1. Delta Variant is more contagious than the other virus strains.
1.3.1. where no one is vaccinated or wearing masks—
1.4. 2. Unvaccinated people are at risk.
1.4.1. Kids and young people are a concern as well.
1.5. 3. delta variant could lead to ‘hyperlocal outbreaks.
1.5.1. how fast will it spread?
1.5.2. But if Delta keeps moving fast
1.6. 4. There is still more to learn about Delta Variant .
1.6.1. Another question focuses on how Delta Variant affects the body.
1.6.2. The studies tracked participants who were fully vaccinated with both recommended doses.
1.6.3. Will vaccinated people need booster shots to protect against Delta Variant?
1.6.4. While the Biden Administration officials have not made a commitment to boosters,
1.7. 5. Vaccination is the best protection against Delta Variant.
1.7.1. The CDC updated its guidance
1.7.2. Should the delta variable be enough to encourage those who can get vaccinated to do so quickly? 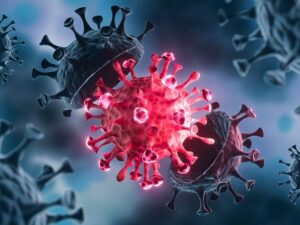 Even as people began to feel some hope—or at least cautious optimism—early this summer that the pandemic could recede to the background, there was still the threat that new mutations of the COVID-19 virus could bring it back, and it might be even stronger.

A major worry right now is Delta, a highly contagious SARS-CoV-2 virus strain, which was first identified in India in December.

It swept rapidly through that country and Great Britain before reaching the U.S., where it is now the predominant variant.

The Centers for Disease Control and Prevention (CDC)

described Delta as more transmissible than the common cold and influenza, as well as the viruses that cause smallpox, MERS, SARS, and Ebola—

and called it as contagious as chickenpox in an internal document, a copy of which was obtained by and reported on in The New York Times.

The highest spread of cases and severe outcomes are happening in places with low vaccination rates, and virtually all hospitalizations and deaths have been among the unvaccinated, the CDC says.

But the CDC released data in July that showed vaccinated people also can transmit delta variant ,

which officials did not believe to be the case with other variants, and which led the agency to make a prompt revision to its masking guidelines.

Inci Yildirim, MD, Ph.D., a Yale Medicine pediatric infectious diseases specialist and a vaccinologist, isn’t surprised by what’s happening. “All viruses evolve over time and undergo changes as they spread and replicate,” she says.

From what we know so far, people who are fully vaccinated against the coronavirus appear to have strong protection against Delta compared to those who aren’t.

Recent data on “breakthrough cases, from the Kaiser Foundation (while based on limited available data),

put these cases at well below 1% in the United States, and effectively 0% for severe illness and death. But anyone who is unvaccinated and not practicing preventive strategies is at high risk for infection by the new variant, doctors say.

Here are five things you need to know about the Delta variant.

1. Delta Variant is more contagious than the other virus strains.

Delta Variant is quickly it is spreading “Delta will certainly accelerate the pandemic.”The first Delta case was identified in December 2020, and the variant soon became the predominant strain of the virus in both India and then Great Britain. By the end of July,Delta Variant was the cause of more than 80% of new U.S. COVID-19 cases, according to CDC estimates.

The July CDC report on Delta’s transmissibility came after an outbreak that occurred in Provincetown, Mass., after a crowded July 4 weekend, which quickly turned into a cluster of at least 470 cases.

While the number of reported breakthrough cases, in general, has been very low in the U.S., three-quarters of those infected in Provincetown were people who had been immunized.

According to the CDC, even people with “breakthrough cases” carry tremendous amounts of virus in their nose and throat, and, according to preliminary reports,

can spread the virus to others whether or not they have symptoms.

The CDC has labeled Delta “a variant of concern,” using a designation also given to the Alpha strain that first appeared in Great Britain,

the Beta strain that first surfaced in South Africa, and the Gamma strain identified in Brazil.

(The new naming conventions for the variants were established by the WHO as an alternative to numerical names.)

“It’s actually quite dramatic how the growth rate will change, commenting on Delta’s spread in the U.S. in June.

Delta was spreading 50% faster than Alpha, which was 50% more contagious than the original strain of SARS-CoV-2, “In a completely unmitigated environment—

where no one is vaccinated or wearing masks—

it’s estimated that the average person infected with the original coronavirus strain will infect 2.5 other people,” Dr. Wilson says. “In the same environment, Delta would spread from one person to maybe 3.5 or 4 other people.”

“Because of the math, it grows exponentially and more quickly,” he says. “So, what seems like a fairly modest rate of infectivity can cause a virus to dominate very quickly.”

2. Unvaccinated people are at risk.

People who have not been fully vaccinated against COVID-19 are most at risk.

In the U.S., there is a disproportionate number of unvaccinated people in Southern and Appalachian states including Alabama, Arkansas, Georgia, Mississippi, Missouri, and West Virginia, where vaccination rates are low.

(In some of these states, the number of cases is on the rise even as some other states are lifting restrictions because their cases are going down).

Kids and young people are a concern as well.

“A recent study from the United Kingdom showed that children and adults under 50 were 2.5 times more likely to become infected with Delta And so far, no vaccine has been approved for children 5 to 12 in the U.S., although the U.S. and a number of other countries have either authorized vaccines for adolescents and young children or are considering them.

“As older age groups get vaccinated, those who are younger and unvaccinated will be at higher risk of getting COVID-19 with any variant.  “But Delta seems to be impacting younger age groups more than previous variants.”

If Delta continues to move fast enough to accelerate the pandemic,

how fast will it spread?

The answers could depend, in part, on where you live—and how many people in your location are vaccinated, call it ‘patchwork vaccination,’ where you have these pockets that are highly vaccinated that are adjacent to places that have 20% vaccination

The problem is that this allows the virus to hop, skip, and jump from one poorly vaccinated area to another.”

In some cases, a low-vaccination town that is surrounded by high vaccination areas could end up with the virus contained within its borders, and the result could be “hyperlocal outbreaks,

Then, the pandemic could look different than what we’ve seen before, where there are real hotspots around the country.”

But if Delta keeps moving fast

multiplying infections in the U.S. could steepen an upward COVID-19 curve,

So, instead of a three- or four-year pandemic that peters out once, enough people are vaccinated or naturally immune (because they have had the virus),

an uptick in cases would be compressed into a shorter period of time. “That sounds almost like a good thing, “It’s not.”

If too many people are infected at once in a particular area, the local health care system will become overwhelmed, and more people will die, he says. While that might be less likely to happen in the U.S.,

it will be the case in other parts of the world, he adds. “That’s something we have to worry about a lot.”

4. There is still more to learn about Delta Variant .

One important question is whether the Delta strain will make you sicker than the original virus. But many scientists say they don’t know yet. Early information about the severity of Delta included a study from Scotland that showed the Delta variant was about twice as likely as Alpha to result in hospitalization in unvaccinated individuals, but other data has shown no significant difference.

Another question focuses on how Delta Variant affects the body.

It seems like cough and loss of smell are less common. And headache, sore throat, runny nose, and fever are present based on the most recent surveys in the U.K., where more than 90% of the cases are due to the Delta strain,” she says.

It’s unclear whether Delta could cause more breakthrough cases

Breakthrough is a big question

At least with immunity from the mRNA vaccines, it doesn’t look like it will be a problem.”

A Public Health England analysis (in a preprint that has not yet been peer-reviewed) showed that at least two vaccines are effective against Delta.

The studies tracked participants who were fully vaccinated with both recommended doses.

(researchers noted only a ”modest reduction in neutralizing titers”

against Delta when compared to its effectiveness against the original virus).

“So, your risk is significantly lower than someone who has not been vaccinated and you are safer than you were before you got your vaccines,

or to bolster protection against the original virus.

But both Pfizer and Moderna are working on boosters, although they would still face the hurdle of getting FDA authorization for them.

While the Biden Administration officials have not made a commitment to boosters,

for people over 65 and those with compromised immune systems.

There are additional questions and concerns about Delta.

Delta Plus has one additional mutation to what the Delta variant has.

This mutation, called K417N, affects the spike protein that the virus needs to infect cells,

5. Vaccination is the best protection against Delta Variant.

At this point, that means if you get a two-dose vaccine-like Pfizer or Moderna, for example,

you must get both shots and then wait the recommended two-week period for those shots to take full effect.

it’s also important to follow CDC prevention guidelines that are available for vaccinated and unvaccinated people.

“Like everything in life, this is an ongoing risk assessment. “

Face masks can provide additional protection and the WHO has encouraged mask-wearing even among vaccinated people.

The CDC updated its guidance

The agency is also recommending universal indoor masking for all teachers, staff, students, and visitors to K-12 schools.

Of course, there are many people who cannot get the vaccine,

or they may choose not to get it.

Should the delta variable be enough to encourage those who can get vaccinated to do so quickly?

No one knows for sure, but it’s possible,

who encourages anyone who has questions about vaccination to talk to their family doctor.

“When there are local outbreaks, vaccine rates go up,

“We know that if someone you know gets really sick and goes to the hospital,

it can change your risk calculus a little bit.

That could start happening more. I’m hopeful we see vaccine rates go up.” 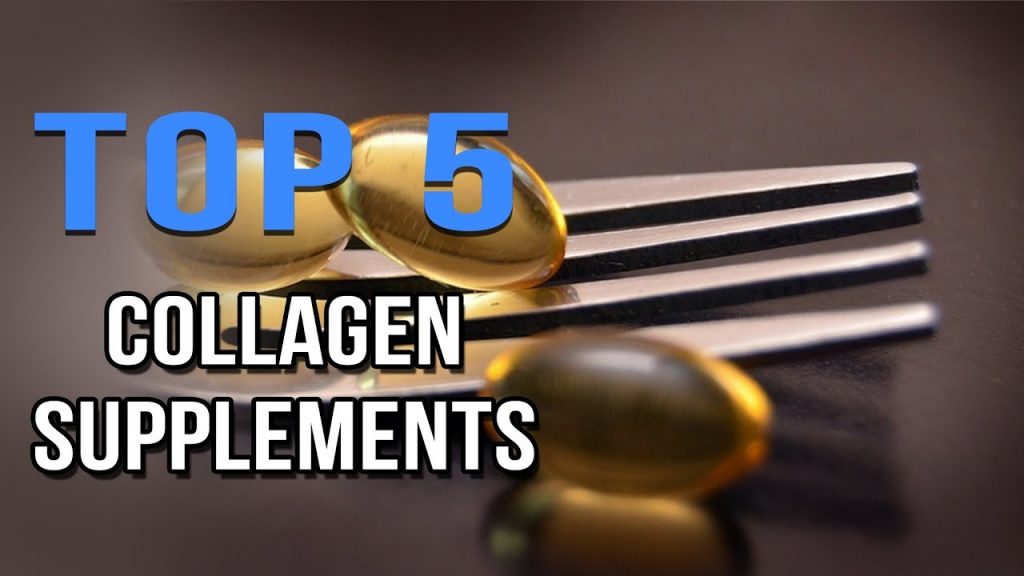 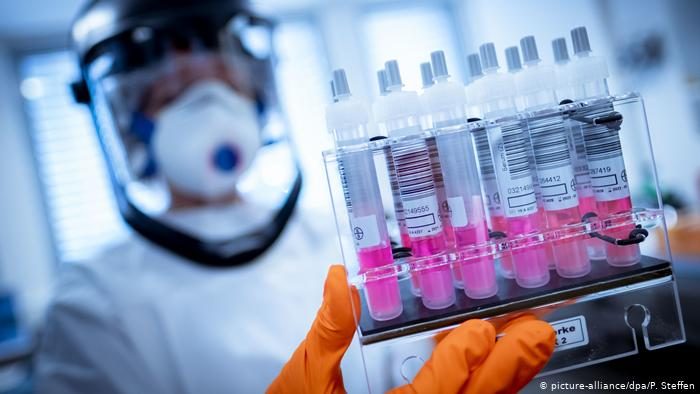